"This isn't the first psychiatric hospital I've been treated at. I've been transferred a few times before ending up here. However, I don't quite remember how it all started – it's a bit of a mental fog now, really. It is for this reason that I recently decided to start writing down my thoughts and elaborate on the situation here.""I think the patients, the psychiatrists, the Money Men and the Asylum Manager may have more in common than some of them would like to think. We all have a mental diagnose."

Escaping the Asylum is a short novel about a psychiatric patient’s view of the treatment within the Asylum and the attempts to escape it once and for all. It gives pointers to issues relevant beyond those of psychiatric institutions. The written form resembles a written diary but also the patient as the narrator through present observations and thoughts on various subject.

Paperback and Kindle versions available through Amazon. This debut book is also a contribution to the contest The Kindle Storyteller Award 2019. 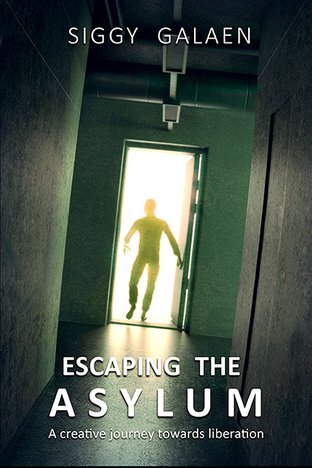 Copyright © Trollscape Press 2019. Please get in touch for any inquiries.